How Free Speech and Social Media Fit Together 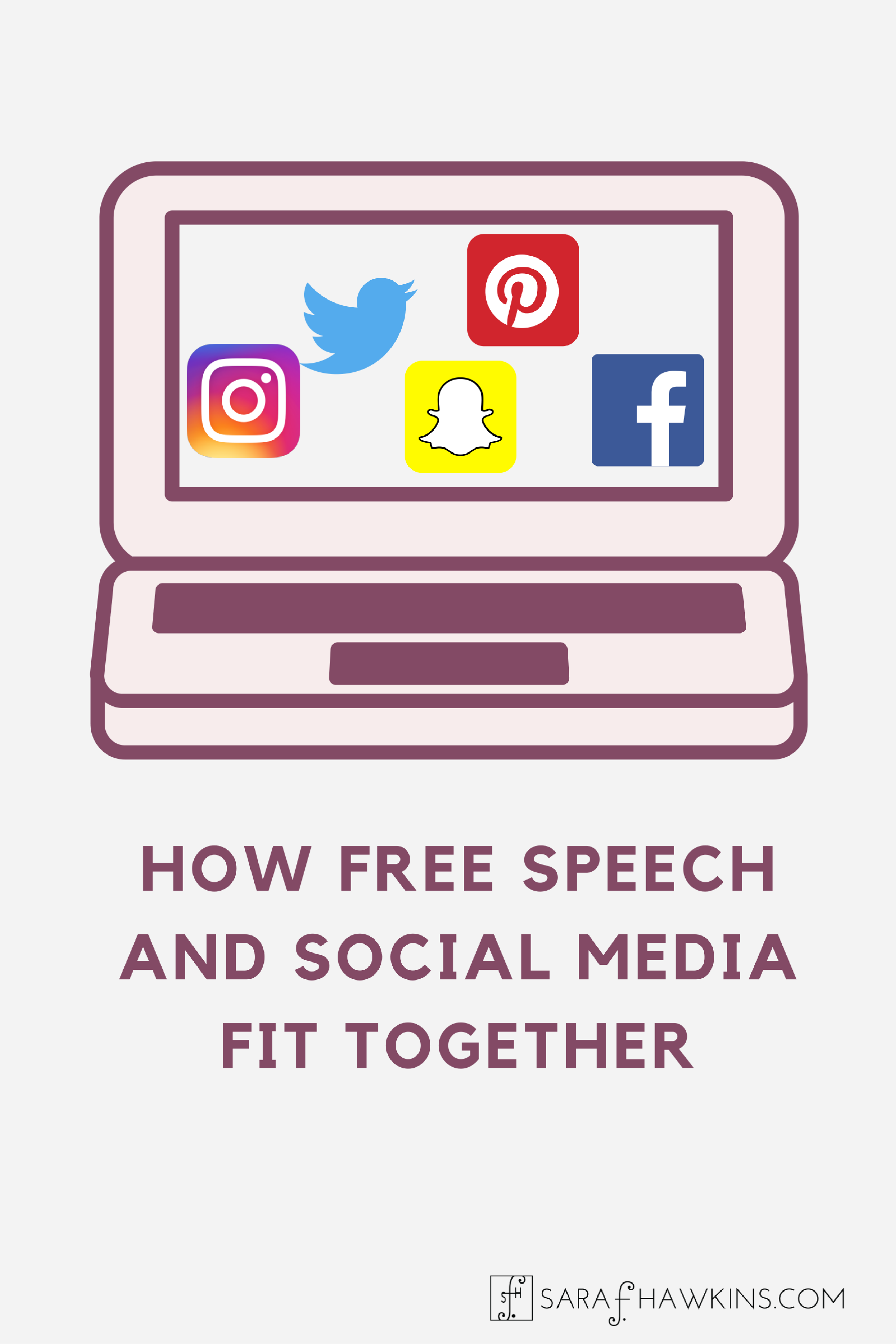 “I have the right to free speech!” You’ve heard it or have seen it posted…

Freedom of speech. Three words that get thrown around and written about so often that what the expression means is more about misinformation than truth.

And misinformation can be detrimental to online professionals as they try to separate the wheat from the chaff and understand a right so important to the foundation of the United States that the founding fathers made it the first amendment to the Constitution to better clarify what rights belong to its citizens.

Congress shall make no law respecting an establishment of religion, or prohibiting the free exercise thereof; or abridging the freedom of speech, or of the press; or the right of the people peaceably to assemble, and to petition the Government for a redress of grievances.

In 1996, in the landmark case Reno v. ACLU, a unanimous Supreme Court specifically extended the First Amendment to written, visual and spoken expression posted on the Internet.

For those of us who work in an increasingly online environment, more and more we’re seeing behavior that would never fly in the “real world.” Social psychologists are having a field day picking apart tweets, status updates, and social network posts.

As you’ve likely seen, people will say anything! Justified or not, the fact is many people feel safe in their cocoon of online anonymity.

Of course, the First Amendment doesn’t give us the right to say whatever we want, whenever we want, to whomever we want. But that doesn’t stop people from thinking otherwise.

“Speech” Is More than Written or Spoken Words

While the dictionary definition of speech may be limited to the written or spoken word, we’re really looking at types of expression. This applies to visual interpretations, as well as artistic forms of speech.

In addition, symbolic speech—symbols that have meaning (for example, a swastika or peace sign)—is covered by what we often refer to as freedom of speech.

What Speech Is Protected by the First Amendment?

The right to free speech means that you are allowed to express yourself without interference or constraint by the government. And while that seems very broad, the U.S. Supreme Court has been involved in this debate for nearly a century and has determined that the government can limit both the content of speech and the ability to engage in speech as long as the government has a “substantial justification.”

It’s nearly impossible to create a list of what types of speech are protected because there are quite a few caveats, and “it depends” would be tacked onto the end of each enumerated list.

Take advertising, for example. Advertising is a type of commercial speech. Commercial speech is a specific type of speech afforded First Amendment protections. It has been defined by the Supreme Court as speech where the speaker is more likely to be engaged in commerce, where the intended audience is commercial or actual or potential consumers, and where the content of the message is commercial in character.

However, the FTC and the FCC are both permitted to restrict certain types of advertisements. They restrict those that are misleading or deceptive or use profanity, racial slurs or nudity. Clearly, the FTC and FCC are both arms of the government. Advertising (“Commercial Speech”) is then protected speech, sometimes.

What is NOT Protected Speech?

Fortunately, the U.S. Supreme Court over time has created a number of categories of speech that are not afforded protection. What this means is that these types of speech are subject to prohibitions.

How Free Speech and Social Media Fit Together

There are a number of different roles in social media. As a business professional, maybe you’re monitoring various social platforms as an in-house employee or for clients. Or possibly you’re an entrepreneur using social networks to grow your business.

Whatever your role, it is clear that you’re often on the front end of creating and evaluating a variety of speech and expressions, both outgoing and incoming. So how do you create rules and policies that don’t encroach on another’s rights while still managing the overall experience?

For example, there is often a lot of discussion with regard to a company deleting what they believe to be inappropriate user-generated content on social platforms. The user (and often other users) becomes incensed or outraged when his or her content is deleted. Legally, the organization is likely on very solid ground to delete content. That does not mean, though, there won’t be backlash with regard to the ethics of doing so.

Additionally, it is both necessary and required to moderate content that would be considered defamatory or infringing on another person’s rights (e.g., copyright or trademark). Just because you’re not the government doesn’t mean looking the other way when a user is clearly engaging in prohibited or restricted speech. While there could be unhappy users, a clear policy will establish that all online speech is not created equal.

People who work for an organization have two roles—one of employee and one of private individual. Regulating what an employee does within the purview of his or her job is handled by employment laws. However, as online time has become more interwoven into millions of people’s daily lives, the line between work and private lives has begun to blur.

What used to be private conversations are often now very public. Regardless of what level of security one may set, amassing followers or friends or readers starts to erode the argument that posts are indeed private conversations. Although there is no set number, you have to ask yourself at what point your social profile goes from a private conversation to one that is open for the world to see.

When employees act as private individuals and not as representatives of the company, it’s difficult for companies to prohibit their speech or expression. Does it happen? All the time! We’ve all heard stories of people fired for doing things on their personal time. Tell your boss you’re sick and then post a picture or video on a social site of you at the ballgame? Be prepared to face the consequences. Should employers have the right to use something from your private page?

Recently, the National Labor Relations Board (NLRB) has taken on several cases where employees were fired based on status updates to Facebook or information posted on their personal blogs outside of work. While the NLRB has gotten involved with recent clashes with speech and social media when it comes to employment, there is no clear-cut set of rules as to what an employee can say about his or her work environment on Facebook (or on any other social network, for that matter).

Whether generated by users, customers or employees, organizations and business professionals must be vigilant about monitoring and managing social engagement for speech that could be seen as defamatory. While having clear social media guidelines is helpful, when dealing with defamatory speech, organizations (and even individuals) must act swiftly to quash it. If left up, it may be seen as supporting the speech, thereby opening the door to legal liability.

While we’ve discussed copyright fair use and how it applies to online images, it’s important to understand that online content and copyright are intricately woven together will keep you ahead of the game. And although it does not carry with it the same frequency, trademark infringement can be a concern as well.

Ensuring content posted or managed by you, your company, or your client does not infringe someone’s rights is not an easy task. Because of the harsh consequences, which include taking down a site or page, it’s imperative you use high-quality social monitoring tools.

Social engagement and community-building are important to growing a business. While the goal is to get users, customers and community members talking, not all speech is created equal. It’s not easy to give a bright-line list of what is or is not protected speech when it comes to social media. Online speech and expression are highly interwoven in contexts that may involve other areas of law limiting your right to silence detractors. Overall, though, censorship in corporate social media is not only alive and well, it is often a necessity.

If you found this article informative, take a look at my other articles about copyright, trademark, and social media. If you’d like to discuss this topic further, please contact me or connect with me on Twitter or LinkedIn. 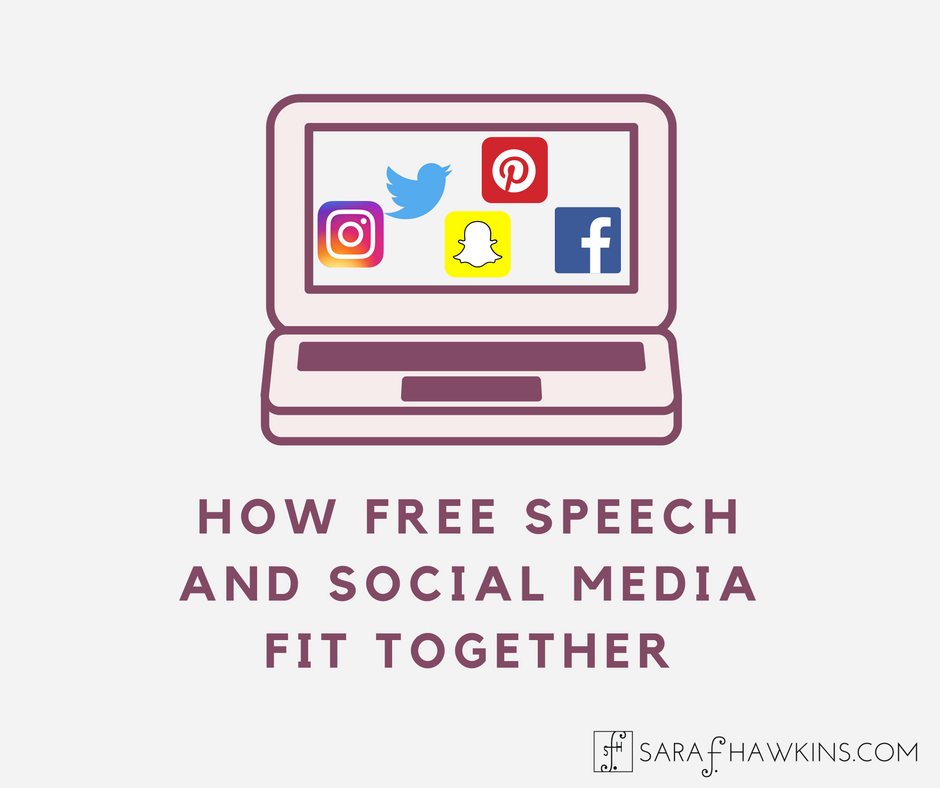 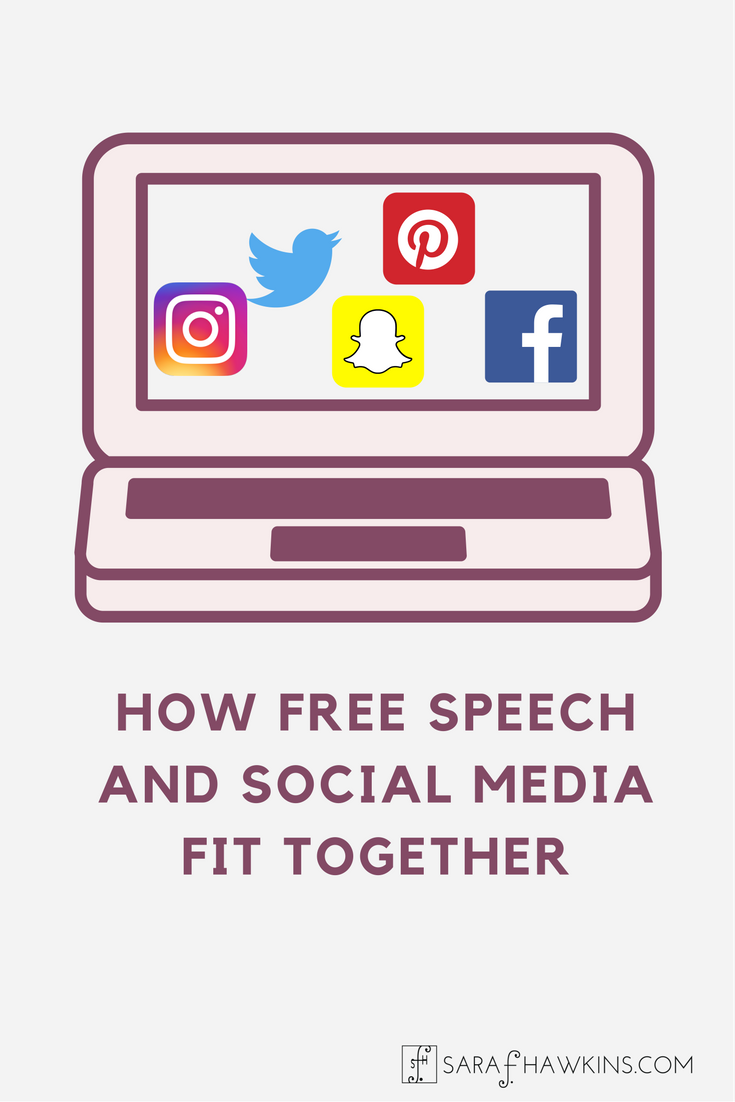 This article was written by Sara F. Hawkins and first appeared on Social Media Examiner in 2012.