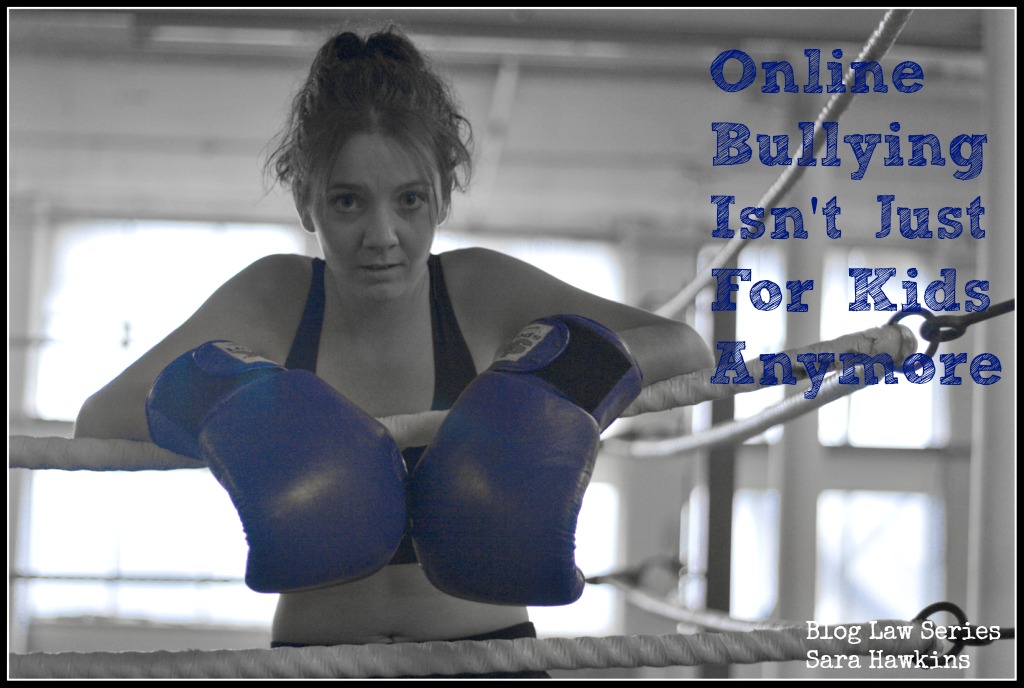 In some ways I feel like a therapist. I get emails with details on how a blogger or small brand is being taunted and tormented by others online. I completely feel for them because I have my own trolls and ‘mean girls’.

I always thought that grown ups would be different. I figured that I’m a professional, they are professionals so we should all be able to co-exist. Really, there is plenty of room for all of us. Or so I thought.

It’s not uncommon to hear stories of brand bashing. Companies hire bloggers, forum managers and website moderators to write negative stories about competitors. Called BADVOCATES, these people write bad things about the competitive brands to drive traffic away from the competitor and to the company in question. It’s being a bully for hire.

Now with Facebook and Twitter it’s easy, too, for brands to pepper these two platforms with negative information, misinformation, outright lies, inappropriate links and other types of online communication. I’ve even heard about people being paid to stir up fights within comments.

One of the aspects that pains me the most is how women go after each other in such hateful and vicious ways. As brands reach out more to women to help communicate their messages, the blogosphere often looks more like a high school than a professional landscape.

Rosalind Wiseman summed up years of research in her best seller Queen Bees and Wannabes. It was turned into a successful movie called, appropriately, Mean Girls. It easily could be updated and called Mean Women. I see it every day. More than I ever thought I would.

Online bullying is much more pervasive than we imagine. There are few statistics because online/cyber harassment is still so new. And, truthfully, few want to admit that they’ve ever bullied anyone. And those bullied or harassed often do not want to come forward for fear of further being targeted.

Online bullying takes many forms, all of which are inappropriate. Few of which ever rise to being illegal. Therein lies the problem. What do you do when you’re being harassed online via social platforms? How do you fight back when others are working behind the scenes and there is no way to know, even, who your attacker is.

5 Areas of Online and Social Bullying

1. Comments – negative comments on websites and blogs are part of online discourse. But if you notice that you’re getting a lot of negative, rude, hurtful, spammy, insulting, or profane comments then start moderating or pay close attention to IP addresses. And, remember, ultimately, it is your site and you make the rules!

2. Twitter – the bullying on Twitter can take so many forms, many of which we may not readily become aware of. There’s no way to search to see if your avatar is being used, so we rely on our network of friends and friends of friends. We can’t conjure up weird hashtags or twitter handles that might be geared toward us.

However, we can see what comes through our mentions and @ replies. Don’t ignore any tweets that seem to be harassing in nature. Of course don’t respond either but make a note and try to find out more about this person and see what might be out on other forums. Keep in mind, though, that as easily as you can hit ‘Block and Report for Spam’ so can the bully.

3. Websites – it’s your site, you’re free to do with it as you please. But when you take to ranting about what someone else is doing and how you don’t like it, maybe you should take a moment and consider if that is the best forum. I’ve seen sites where their entire purpose is to hate on someone. That’s their choice. Unfortunately, defamation is not always a way to stop online bullies.

4. Facebook – truly the bane of many people’s existence. Talk about having little control over your profile or information. With a few clicks marking your status as “Spam” takes but a few seconds. Ask a few friends and within an hour you can get hundreds of clicks on someone’s profile designating them as spam or inappropriate. It’s that easy. Anyone can write on your wall. People can post links to inappropriate content, tag fake images of you or even annoy those who follow you.

For as much as Facebook seems to be the nirvana of connectivity, it’s often more a haven for those Badvocates and trolls to hide behind loosely crafted rules. And unlike most other companies, if you don’t like the product there is no one to complain to and if you do find someone, generally they don’t care.

5. Email – one of the places where hate, vitriol, and rudeness can enter our lives so easily. More and more people are taking to email to ‘put them in their place’. The boldness of not even hiding behind a fake Twitter or Facebook account or an anonymous comment is amplified when the bullying is directed via email. Often disguised as friendly, I’ve seen emails spew nonsense, lob accusations, and generally do whatever is needed to cut the other person down. All under a subject that appears friendly.

Sadly, online bullying is not going away. If anything, it’s starting to get a toehold and the high from the real, or perceived, anonymity fuels the hate. We each need to be vigilant and, ourselves, not succumb to such low levels of communicating. If you have a problem with someone you don’t mark their work as spam. You discuss it like professionals.

If, however, it’s about jealousy and envy and greed. Well, that’s a bigger psychological issue that needs to be resolved. One piece of advice about bullies: Don’t get in the sandbox. Never stoop to their level and don’t fuel them.

I know it’s easy to say, but don’t give the bullies power. They may not stop but they may tire of targeting you.

Have you had to deal with online bullies? If so, how did you handle them? Any suggestions?