Legal Considerations of Cause Marketing 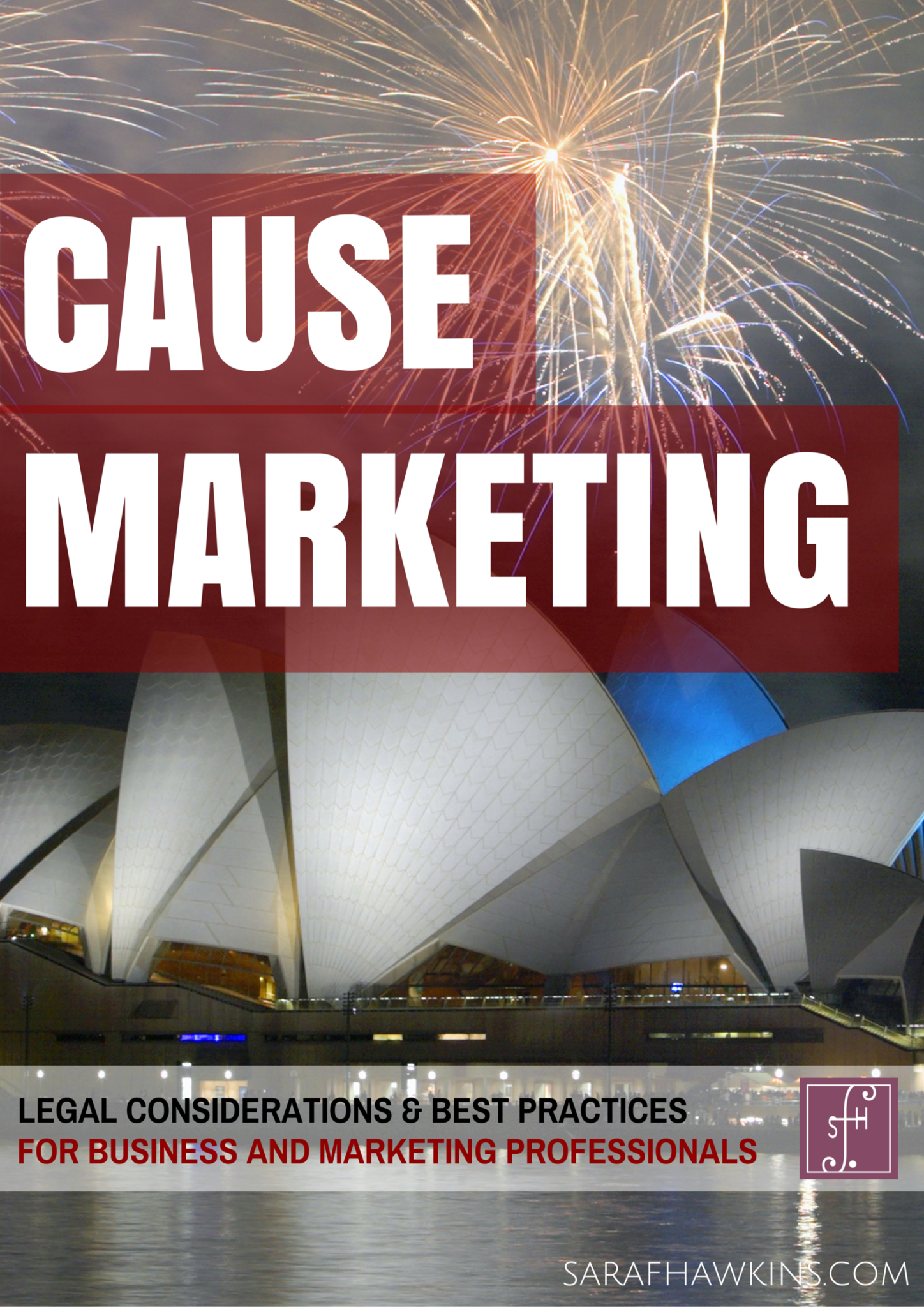 While many of us incorporate giving throughout the year, many businesses get in the giving spirit around holidays. It’s awesome to visit clients who have donation boxes, angel trees, adopt-a-family boards, and other charitable programs for their employees to support. And who among us hasn’t dropped donations in the red kettles as we’re leaving the store. Winston Churchill once said “We make a living by what we get, but we make a life by what we give“. It’s admirable that companies want to give to charities, and I think cause marketing, is something more businesses should do throughout the year and not just during the winter holidays.

However, I am also reminded that when it comes to the law many will shoot back at me the famous Oscar Wilde quote of “No good deed goes unpunished.” I bristle at that because I hate to think that the law is there to punish people for doing good. However, as we all know, there are laws that exist which seem to hamper our ability to ‘do good’. And when it comes to cause marketing, the laws many businesses are unaware of are called Commercial Co-Venturer laws.

Charitable organizations are always looking for new and innovative ways to raise money. Businesses are, more than ever before, looking at ways to incorporate social good into their sales. Sounds like the perfect match, right? You have an affinity for any number of non-profit organizations and think your customers would too, so why not have a promotion to try and leverage the non-profit’s base, your customer base, and potential customers by saying your business will give a portion of the proceeds to charity. Sounds like a good thing right? Of course it is. Until it’s not. Which is why there are many laws that regulate non-profit organizations and their fundraising.

What is a commercial co-venturer? A commercial co-venturer is any for-profit business not generally in the business of raising funds for charity that conducts a charitable sales promotion or underwrites, arranges or sponsors a sale, performance or event of any kind which is advertised to benefit a non-profit or charitable organization. Basically, it’s the business part of the cause marketing equation. While this may seem like over-regulation, the reality is that these laws have existed for decades as a means of ensuring that businesses that say they’re raising money for charity are actually giving the money to the charity and not just using their name. I know, that would never happen.

About 20 states make up the patchwork and maze of state laws that govern cause marketing. Added to that are federal laws governing advertising as well as taxation. These laws and regulations may seem like they just get in the way of a company wanting to do something good, but state and federal regulation of non-profits and charitable organizations is a long-standing paradigm designed to protect both consumers as well as the charitable organization. The laws regarding commercial co-venturers are still evolving, especially now that technology is making it easier to create social good campaigns.

10 Best Practices in Cause Marketing

In addition to general advertising and consumer protections laws, understanding the legal and regulatory requirements for a cause marketing campaign are critical for both the for-profit business and the charitable organization. Violation of the state laws carries with it heavy fines, and in some cases criminal penalties.

Creating a social good program and incorporating cause marketing into your promotion calendar is something that requires a little extra work, but ultimately is worth the effort to get it right. Many national non-profits have a place on their website that explains how a business can work with them. Large charitable organization may have detailed information that’s shared when an agreement is being negotiated. But smaller non-profit organization may not realize that there’s more than just saying yes or shaking hands when agreeing to work with your business as the recipient of donations tied to a promotion.

To make it a win-win for both your business and the charity it’s important to understand the legal framework of cause marketing. I realize that this adds some complexity to the desire to do good and be a charitable corporate citizen. However, it’s best for everyone if you take the extra time to manage the legal issue in addition to the marketing, advertising, and operational ones as well. Ultimately, though, the commercial business is in a fiduciary relationship with the charitable organization and accountable in every state and to the federal government when an appeal is made.

While this may have been a lot to take in, don’t let it discourage you. Yes, the potential liability for ignoring the commercial co-venturer laws is high, for both organizations. But there is always a way to make a promotion and a relationship work, even if it takes a little extra effort. Charitable organizations need the support of their for-profit friends, and customer are usually willing to help.